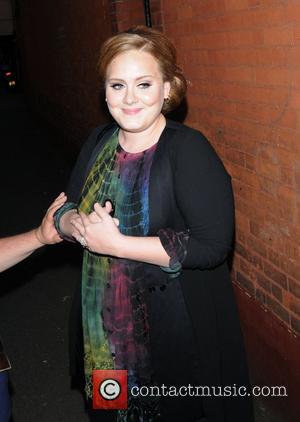 Adele will sing the new James Bond theme tune, for Skyfall. The rumours have been rife for weeks but now it has been confirmed: Adele will not only perform the track but she also co-wrote the song. In an announcement on the official James Bond website, Adele says “I was a little hesitant at first to be involved with the theme song for Skyfall. There’s a lot of instant spotlight and pressure when it comes to a Bond song. But I fell in love with the script and Paul had some great ideas for the track and it ended up being a bit of a no-brainer to do it in the end.”

Adele is pregnant and the 24 year-old has suggested that she will be taking a break from her recording career. However, the lure of the opportunity to record a Bond theme was clearly too strong for her to turn down. The track is co-written with Paul Epworth and will receive its official global premiere on her own website on October 5, 2012: Global James Bond Day.

The track was recorded at London’s infamous Abbey Road studios and features the accompaniment of a 77-piece orchestra. “It was … a lot of fun writing to a brief, something I’ve never done which made it exciting,” Adele says. “When we recorded the strings, it was one of the proudest moments of my life. I’ll be back combing my hair when I’m 60 telling people I was a Bond girl back in the day, I’m sure!”