Why Does Adele Feel Like Meryl Streep Today, Exactly? 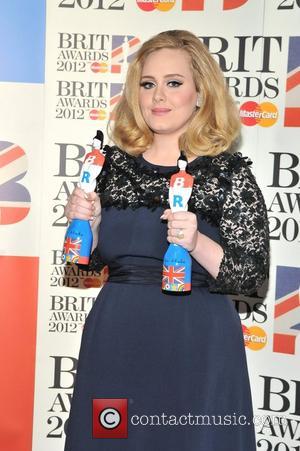 Adele’s going to be getting a few sly looks from Daniel Craig and Sam Mendes next time they’re in the same room together, we reckon. Skyfall hit the headlines for all the wrong reasons today, when it was widely snubbed by the Academy in this year’s Oscars nominations. Adele – as she is wont to do – however, came up trumps and walked away with a nomination in the Best Song category.

The British singer seemed over the moon at the news and tweeted “Oh my god I feel like Meryl Streep!” Easy love, you haven’t actually won yet… Her Skyfall theme tune (which adopted the same name as the movie), reached number one when it was released and is the favourite to take the title. Its competition comes from ‘Before My Time’ from Chasing Ice, ‘Lullaby From Life Of Pi’ from (you guessed it) Life of Pi and ‘Everybody Needs A Best Friend’ from Ted.

The awards were announced by Emma Stone and Seth Macfarlane. It was 5am in Hollywood, so they did well to keep everyone entertained with their banter. One of the big headlines to come out of the nominations today was the nomination of nine year old Quvenzhané Wallis. Wallis became the youngest woman ever to be nominated for the Best Actress Oscar, for her role in Beasts of the Southern Wild.

Watch the trailer for Beasts of the Southern Wild