Aerosmith: Music will never be the same

Aerosmith claim it's the ''end of an era'' for rock 'n' roll music as fans are listening to albums in a different way and aren't as interested in going to live gigs. 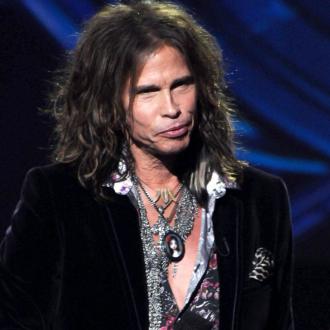 Aerosmith claim it's the ''end of an era'' for rock 'n' roll music.

The 'I Don't Want To Miss A Thing' hitmakers are releasing their first studio album in 11 years, 'Music From Another Dimension!', but guitarist Joe Perry says the music scene has changed forever.

He said: ''It's the end of an era. People listen to music in a different way. They cherry-pick songs off records. They aren't going to want to listen to live bands anymore.

''I don't know if we will see The Black Keys doing two-and-a-half-hour sets in 10 years.''

The band have spent a lot of time perfecting the album and teamed up with the late John Lennon's son, Julian, on one track after he heard frontman Steven Tyler singing in the shower.

Steven revealed: ''A lot of weird stuff happens in Los Angeles. I was staying at a hotel where Julian Lennon was staying and one morning I was singing in the shower with the window open. I heard through the window, 'Steven?' and I shouted back, 'Julian?'

''After that, we brought Julian over to the studio and he sang on the opening track.''