Aerosmith have resumed their US 'Let Rock Rule' tour after their drummer Joey Kramer underwent a procedure following heart complications. 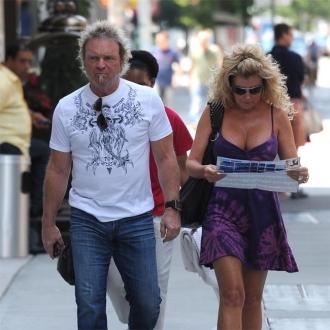 The group postponed a show at California's Concord Pavilion in Concord last Wednesday (13.08.14) due to the drummer's illness, but the 64-year-old musician insists he feels ''better than ever'' and is raring to go on the band's 'Let Rock Rule' tour.

He said in a statement: ''I'm feeling better than ever and I'll be back sitting in the best seat in the house, hitting it harder than ever for our amazing fans.

''My gratitude and thanks for all the love and support showered on me during this time.''

Joey's wife Linda took to Twitter last week to confirm the star had undergone a procedure on his heart.

She wrote: ''Media blowing out of proportion The truth is Yes my husband @joeykramer is in the hospital having a procedure related to his heart (sic)''

Aerosmith have nine dates left on their US tour with Denver set to be their next stop tomorrow evening (19.08.14).

The Concord Pavilion announced the group were cancelling their show on Wednesday just hours before doors at the venue were due to open.

They wrote on their Facebook page: ''Due to illness, Aerosmith has been forced to cancel tonight's performance at the Concord Pavilion in Concord, CA.

''The band regrets not being able to perform for their fans. Refunds will be available at point of purchase.''