Ever since his wonderful appearance in Wes Anderson's The Grand Budapest Hotel, we've been waiting for Ralph Fiennes to take up a similar role that shows a completely different side to the actor, now it looks like the Coen Brothers have given the actor such a role. Laurence Lorenz is an eccentric film director who finds himself caught up in a fiasco when Hollywood superstar Baird Whitlock is kidnapped.

This isn't your usual period movie. A powerfully emotional depiction of rural Scottish life at the turn of the 20th century, Terence Davies' drama is both strikingly earthy and artfully beautiful. Based on the classic 1932 novel by Lewis Grassic Gibbons, it's a gritty story that takes a deeply personal approach to both the time and place, building complex characters that are so easy to identify with that we feel each surge of happiness and heartbreak.

It's set in The Mearns, in the Scottish north east, where Chris Guthrie (Agyness Deyn) grew up on her family farm hoping to one day become a teacher. But her perpetually pregnant mother (Daniela Nardini) simply can't take any more of this, and her sensitive brother Will (Jack Greenlees) moves to get away from their hardened father John (Peter Mullan), leaving Chris to care for him. Eventually she ends up running the farm herself, and finally finds some happiness when she falls for nice-guy neighbour Ewan (Kevin Guthrie). She worries about him becoming like her father, but their marriage is blissfully sweet. Until the Great War breaks out and he enlists to join the fight.

The story's main focus is on the way the demands of life change us in both obvious and subtle ways. This gives the film a complexity that gets deep under the skin, making the themes timeless while also challenging preconceptions. For example, instead of just being a villainous brute, John's violence might be a symptom of his experiences. And Chris' tough-minded tenacity may come from the same place that pushed her mother over the edge. Like us, these are people trying to steer their destinies in the face of everyday pressures and the forces of nature. And yet the film never feels terribly bleak. It's hard and gruelling, but also hopeful.

Chris is a young heroine from a rural Scottish community, with an intense passion for life and a loyalty to the often unforgiving land, who has given her heart to the unsettled Ewan.

With a dysfunctional family, who have already faced dark times, Chris choses to devote herself to the land as World War One begins changing the world around her. But when Ewan decides to enlist in the army, Chris faces greater hardships than ever before as her once happy marriage crumbles.

As all seems lost Chris, a woman of remarkable strength, is able to draw from the ancient land at look to the future, even if the modern world is threatening everything she holds dear.

Deyn plays a girl suffering from epilepsy in the film adapted from Ray Robinson’s novel.

Model Agyness Deyn has taken the first step in becoming a fully fledged actress with the lead role in British indie flick Electricity. In the film, directed by Bryn Higgins, Deyn stars as Lily, a Lancashire girl suffering from epilepsy who, after her mother’s death, journeys to London in search of her missing brother. Agyness Deyn has gone from the catwalk to the big screen

The Evening Standard’s Charlotte O’Sullivan described Deyn’s performance as “blistering” and feels the film, “works primarily as a vehicle for Deyn.” Adding that “It makes you long to see her in Terence Davies’s Sunset Song”, which is currently in post-production.

With an artful aesthetic that will please fans of ambitious independent filmmaking, this British drama struggles to match its lush imagery with an oddly simplistic script. Even as it addresses epilepsy with an insider's knowing perspective, the strong, fresh cast never gets to bring out much depth in the characters. Which leaves the movie feeling like little more than an exercise in whizzy camerawork and swirly editing.

It begins in Blackpool, where Lily (Agyness Deyn) is resolutely refusing to update her epilepsy meds, because the new ones make her feel fuzzy. But this means she has frequent seizures. And they only get worse after her mother dies. With help from her boss (Tom Georgeson), she tracks down her big brother Barry (Paul Anderson), who tells her he's planning to sell Mum's house and divide the cash between them. But Lily thinks their black-sheep brother Mikey (Christian Cooke) deserves his share, even though he disappeared four years ago. So she travels to London to find him, having key encounters with a homeless girl (Saffron Coomber), a kindly stranger (Lenora Crichlow) and eventually a sexy young man (Ben Batt) who may know where Mikey is.

The title refers to Lily's seizures, which she describes as an electrical explosion in her brain, and filmmaker Bryn Higgins uses inventive imagery and editing to take the audience right into her perspective. These scenes are harrowing and moving, even if there's no real sense of peril. Not only do we never doubt that Lily will be OK, but we get increasingly annoyed by her nagging naivete in misunderstanding everything and everyone around her. Surely fixing her dosage would help her avoid these devastating seizures. The actors manage to make the most of these oddly underwritten roles as people using whatever is at hand to cope with their miserable lives. One of the most respected independent awards ceremonies on the circuit, the 22nd annual Gotham Independent Film Awards took place last night (November 26, 2012) at the Capriani in New York, seeing both established stars and rising up and comers rubbing shoulders. Firmly in the former camp are Oscar winning pair Marion Cotillard and Matt Damon; the two stars were presented with honorary awards for their time in the film industry. Cotillard, at least, has her eyes on another chance to scoop the ultimate prize, her performance in Rust & Bone being talked up for another best actress win at the Oscars.

Can Paranormal Activity 4 and Argo be shifted from the top of the US Box Office? It's slim pickings this week, in terms of big money releases but if any movie is going to do it, it will be Cloud Atlas, the sprawling adaptation of David Mitchell's novel. We'll also look at the rest of this week's main releases: Chasing Mavericks, Silent Hill: Revelation 3D and Pusher.

Cloud Atlas has been getting some heavy promotion over the last few weeks, so curiosity, at the very least, should get movie fans into the theaters this week. The movie's producers will be hoping that this is the case, because the film is on thin ice with the critics, having scored a shaky 60% on the Rotten Tomatoes site. The general consensus seems to be that although the movie is well made, it could have done with a firmer editorial hand. Claudia Puig summed it up by saying "The cumulative effect is one of spectacle over substance."

You can watch the Cloud Atlas trailer here

Agyness Deyn Friday 30th March 2012 leaving the Trafalgar Studios, having performed in a production of The Leisure Society 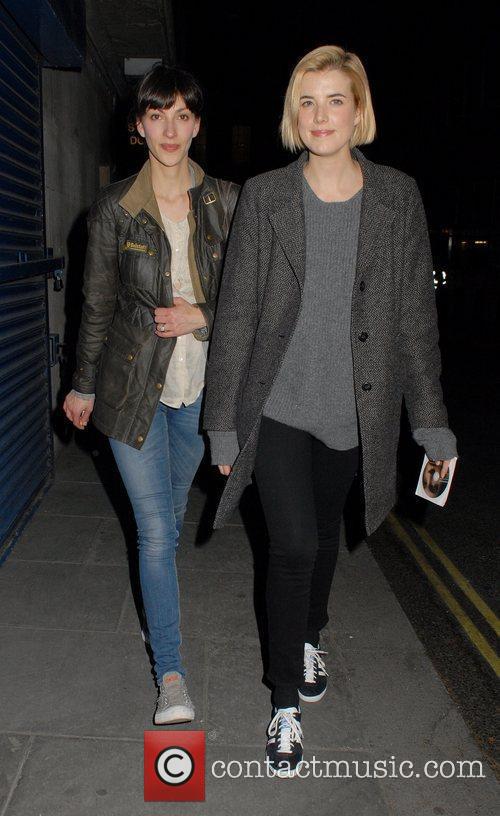 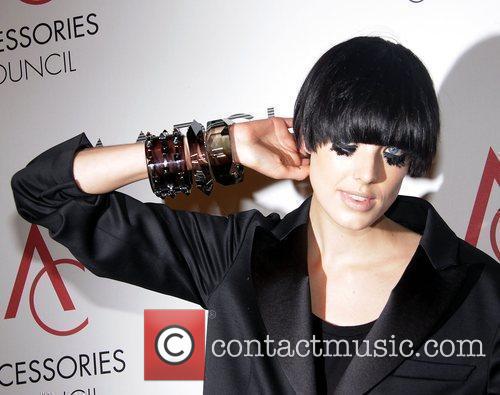 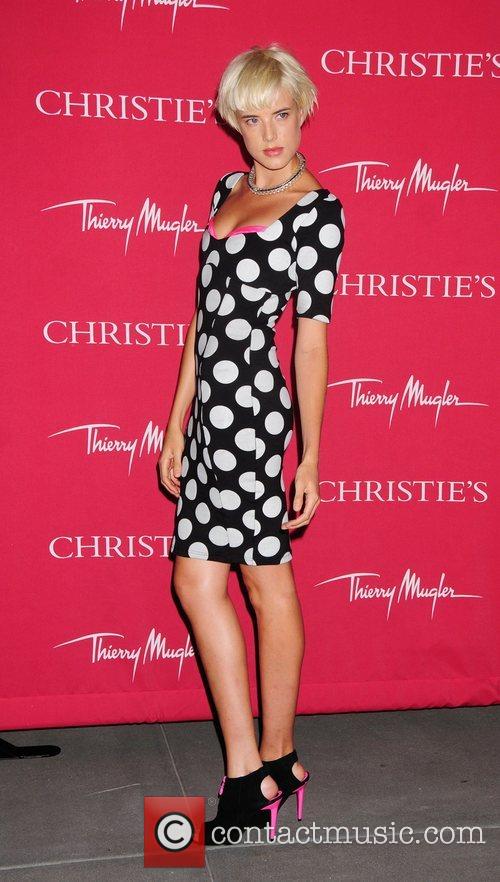 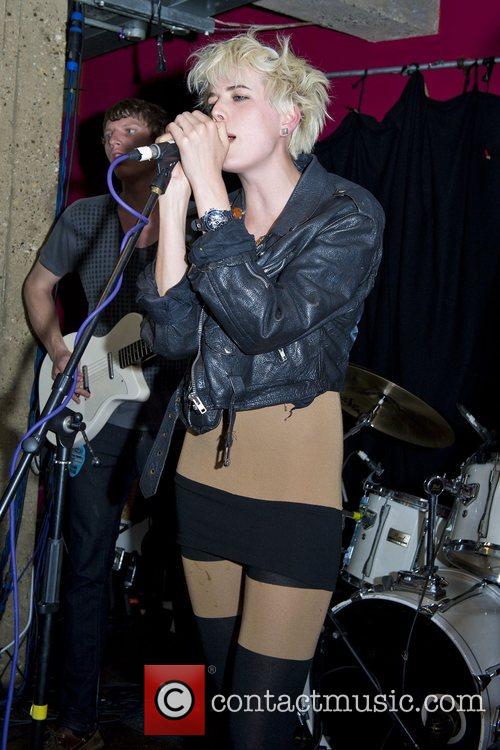 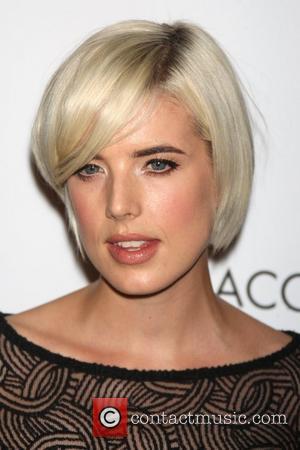 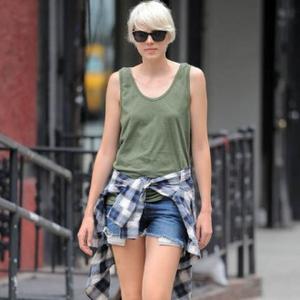 Agyness Deyn Wanted To Find Herself