Agyness Deyn has launched her first clothing line 'Title A' on Net-A-Porter.com under the 'New Designers' section of the luxury label site.

The former model turned designer has released her 'Title-A' collection on Net-A-Porter.com under the 'New Designers' section of the luxury label site.

The line - which was first announced in February this year - channels the 31 year old's love of menswear and was inspired by androgynous style icons Patti Smith, Katharine Hepburn and Diane Keaton as Annie Hall.

The collection - which features, amongst other cross-seasonal pieces, a Chesterfield pinstriped wool coat, £360 and a Pillar jacquard midi skirt, £180 - was co-created by Agyness' sister Emily and Tracy Moore, with whom she has collaborated with the past on lines for shoemaker Doc Martins.

The 2009 British Model of the Year told The Cut: ''While we were designing these clothes for Doc Martens, we started craving things that we wanted to wear so much, which were menswear clothes without the feminine touch that people give them sometimes, like with the darts and things like that. We wanted to do something very boxy with suits and suit separates for the relaxed woman.

She added: ''I've always worn boys' clothes growing up and menswear all the time, but I feel like this is slightly different. It has sexy dressing. It has very feminine silks, which flow. Silk dresses and silk nightshirts that are very feminine. There's lots of silk-velvet draped shirts that hang.''

Agyness also plans to extend her collection - which was released online this week - by releasing four lines a year and eventually adding leather goods, footwear and eyewear to the brand. 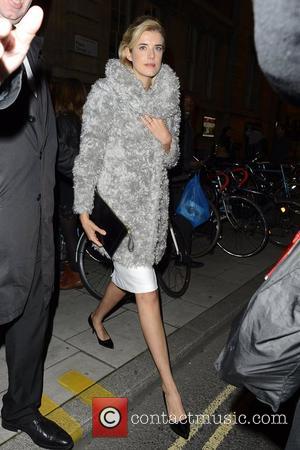