Ahmet Zappa Paid Tribute To His Late Mother At The Premiere Of His Father Frank's Concert Film Roxy: The Movie In Hollywood On Wednesday (14oct15). 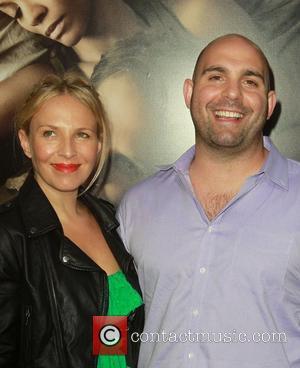 Picture: Ahmet Zappa at the premiere of CBS Films' 'The Words' at the ArcLight Cinema - Red Carpet Hollywood, California - 04.09.12

The musician and producer introduced the remastered and reworked footage taken from Frank Zappa's three-night stint at The Roxy theatre in Los Angeles in December, 1973, at the screening, which was staged just days after his mum Gail lost her battle with cancer on 7 October (15).

Telling fans he was still emotionally raw following her death, Ahmet called the finished film the "first and last" project he got to work on with his mum after she invited him to become the keeper of his late father's legacy and take over the running of the Zappa Family Trust.

He also stunned the Egyptian Theatre audience by revealing he was "in my mother's tummy" at the shows, adding his father's music from the concerts have always served as "lullabies" to him, because that's what he heard as a baby.

He said, "I'm beyond thrilled that Roxy: The Movie is finally going to be available. It took a herculean effort to bring it to life. So much love, time, energy and attention to detail went into its resurrection. This movie rocks so hard, I think both old and new fans will agree."

The film, which will be released on DVD and Blu-Ray on 30 October (15), is considered the "Holy Grail" of Zappa footage. Backed by his classic The Mothers line-up, the rock legend performed fan favourites like Cosmik Debris, Penguin In Bondage, Cheepnis and Inca Roads.