Air follow up their anniversary compilation with their first US tour since 2010.

Versailles electronic duo Air are touring the US for the first time in seven years in support of their 2016 anniversary collection 'Twentyears'. In addition to that, they have a handful of worldwide dates coming up to keep them busy for the whole summer. Air embark on their Twentyears tour

Kicking off with a stop at New York's Governors Ball on June 6th which will feature headliners the likes of Chance The Rapper, Tool and Phoenix, Air's US tour will also include dates at Boston, Washington D.C., Chicago, San Francisco and Santa Barbara, coming to a stop at Los Angeles' Greek Theatre on June 25th.

Continue reading: Air Finally Return To The US On Their 2017 Twentyears Tour

As far as cinematic visionaries go, Georges M'liSs is usually ranked among the top of the heap. Widely consider the first science-fiction film, M'liSs a was true legend in his field, regardless of how dubious that title may now seem. Imagine then the honour bestowed on fellow Frenchmen Jean-B'noit Dunckel and Nicolas Godin when approached to score the newly remastered edition of the film in glorious Blu-Ray quality. 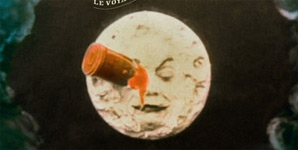