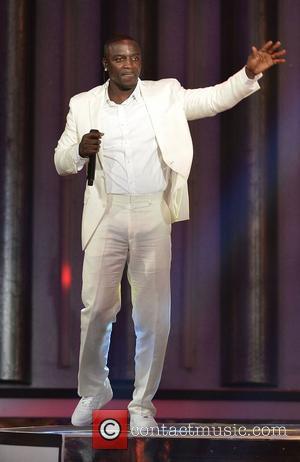 R&B singer Akon is planning to change musical direction and release a reggae album after collaborating with Bob Marley's sons for his new project.
The Smack That hitmaker jetted to Jamaica to work with Stephen Marley on tracks for his upcoming disc Stadium, but he was so inspired when he headed into the late icon's Tuff Gong studios, he wants to dedicate a whole album to the genre.
He tells Billboard magazine, "It was such an honour to be in that environment and be inspired by it. They had me writing three to four songs a day because I was so amped!"
And Akon hopes to be able to reunite with the Marley gang when he finds time to focus on completing his reggae record.
He says, "I always said to myself, 'When I get to that position when I can do an all-reggae album, I would love to do it,' and those guys are the best to do it with."