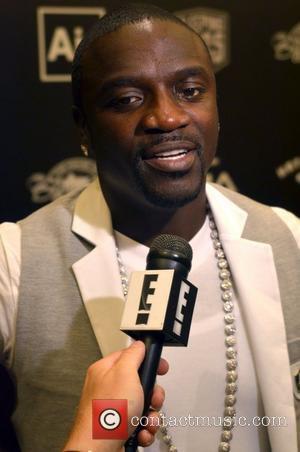 R&B star Akon is taking legal action to be registered as the father of two children, according to a new report.
The Smack That hitmaker became a dad for the sixth time in 2009 following a romance with Ugandan Susan Owori, who he met while on tour in Africa.
But now he's filed documents in Georgia, U.S. alleging he fathered two more children - both boys - in 2009 and 2010 and wants to be legally recognised as their dad, according to Tmz.com.
Akon has filed a Petition for Legitimation in Georgia Superior Court, demanding joint legal custody of the boys and the right to pay child support. He also allegedly wants the youngsters to use his surname, Thiam.
The identity of the children's mother has not been revealed.