Indian actor Akshay Kumar has revealed he suffered ''abdominal injuries'' on the set of 'Brothers'. 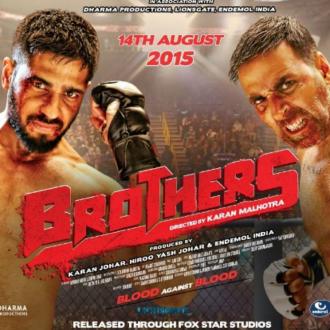 Akshay Kumar suffered ''abdominal injuries'' on the set of 'Brothers'.

The 47-year-old Indian actor - who stars in the new movie about two estranged, street-fighting brothers - has revealed that in an effort to make the action sequences appear life-like, he endured some seriously painful injuries.

''Even during filming we would end up with abdominal injuries and smacks on our face but overall it was important for the role to look realistic and conditioning for us actors to make the movie as real as possible.

''Despite being a professional martial artists, I underwent vigorous training for six months to be fit for the role.

''But besides all the fighting, there's also a poignant love story at the heart of the film which we find out later is the main reason why my character goes on to become a street mixed martial artist fighter.''

And given the physical nature of his role, Akshay was required to undergo an intense fitness regime to ensure he was prepared for the task.

He shared: ''The main part of the training was a 6 month intense and gruelling work-out followed by practicing different fighting styles, like judo, karate, kyudo, aikido and other mixed martial arts.''