Al Pacino Signs Up For Despicable Me 2

Al Pacino is set to make his animated film debut in 'Despicable Me 2' in which he will voice a villain. 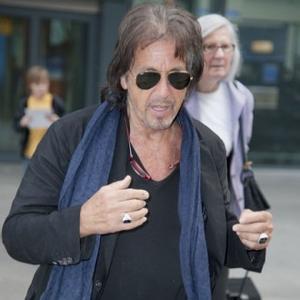 Al Pacino is set to make his animated film debut in 'Despicable Me 2'.

The 'Scarface' actor will voice the part of a villain in the movie - a follow-up to the 2010 comedy motion picture - who is set to be the nemesis of Gru (Steve Carell), Deadline reports.

Javier Bardem was previously rumoured to be in line to play a bad guy called called El Macho in the film - which is set to be directed by Pierre Coffin and Chris Renaud - but he is no longer thought to be attached to the project.

Jason Segel, Russell Brand, Julie Andrews and Will Arnett are all expected to reprise their roles for the film, which is planned to be released in summer 2013 through Universal Pictures and Illumination Entertainment.

Last year, Al - who is well known for playing mob leader Michael Corleone in Francis Ford Coppola's 'Godfather' movies - joined the cast of 'Gotti: Three Generations', which will tells the story of the crime boss and his son.

Director Marc Fiore said: "We are very pleased to have Al join the extraordinary team that we are assembling to make this movie.

"He is one of the finest actors of all time and will bring an unsurpassed level of reality and excitement to the film."