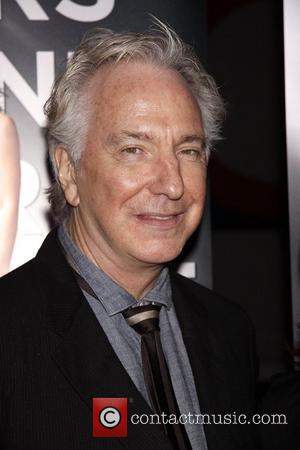 Alan Rickman is excited about playing New York club boss Hilly Kristal in a new movie, because he missed out on visiting legendary venue Cbgb in his youth.
The British actor takes the lead role in the movie, alongside a star-studded cast including Foo Fighters rocker Taylor Hawkins, who will make his acting debut as Iggy Pop, and Sting's actress daughter Mickey Sumner, who is slated to portray punk icon Patti Smith.
And Rickman can't wait to begin the shoot in Savannah, Georgia this summer (12).
He tells Britain's Daily Telegraph, "Sadly I never got to go to the club when it was around, but they're reconstructing it as we speak in a studio in Savannah so I'll have my second youth there. I'll get what might be called the vibe when I go there in three weeks, I'll be vibing."