Alan Rickman's Career Achievements Were Celebrated At A British Academy Of Film And Television Arts (Bafta) Tribute In London This Week (Beg13apr15). 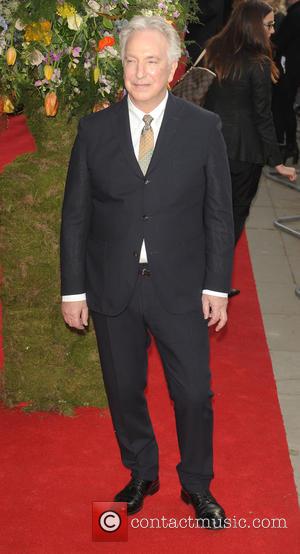 Picture: Alan Rickman - A variety of celebrities were photographed as they attended the UK premiere of 'A Little Chaos' which was held at the Odeon...

The Harry Potter actor was the focus of BAFTA's Life in Pictures event at the organisation's headquarters on Wednesday (15Apr15).

During the tribute, Rickman was interviewed about his lengthy Hollywood career, and he revealed he nearly turned down his breakthrough role as villainous Hans Gruber in Bruce Willis' 1988 action blockbuster Die Hard.

He said, "I didn't know anything about L.A. I didn't know anything about the film business... I'd never made a film before, but I was extremely cheap... (After reading the script I thought) 'What the hell is this? I'm not doing an action movie'. (But) every single black character in that film is positive and highly intelligent. So, 28 years ago, that's quite revolutionary, and quietly so."