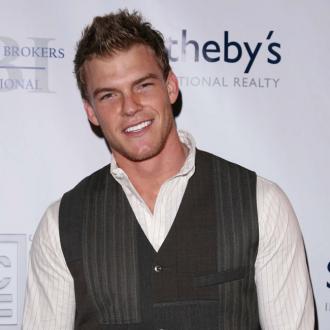 The actor - who is set to appear alongside Jennifer Lawrence in 'The Hunger Games: Catching Fire' later this year - has landed one of the lead roles in the upcoming reboot of the action franchise, produced by Paramount and Michael Bay's Platinum Dunes, according to Deadline.

Ritchson will play one of the four titular heroic ninja turtles, Raphael, while the other three roles are yet to be cast.

The latest live action adaptation of the popular franchise will utilise both CGI and live action and it is thought the crime-fighting turtles will be rendered using performance capture, in a similar vein to James Cameron's big budget blockbuster 'Avatar'.

The actor, whose previous credits include playing Aquaman in the TV show 'Smallville', will next be seen in second installment of 'The Hunger Games' franchise in which he plays Gloss, a deadly rival to Lawrence's Katniss Everdeen in the film's 75th annual Hunger Games.

Megan Fox is set to play the female lead in the upcoming flick, reuniting with 'Transformers' director Bay, who she famously had a public feud with in 2010, resulting in her not being brought back for 2011's 'Transformers: Dark of the Moon'.

The actress will play April O'Neil in the film, a TV reporter who is best friend to the sewer-dwelling ninjutsu expert turtles.

'Teenage Mutant Ninja Turtles', directed by Jonathan Liebesman, is due for release in June 2014.