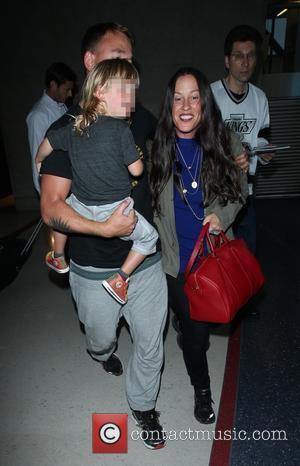 The Ironic hitmaker and Vargas used coffee beans and machinery used in the production of coffee to create the percussion parts for their quirky collaboration, The Morning.

The track and video will accompany the release of documentary titled A Small Section of the World, which centres on female coffee producers in Costa Rica.

She adds, "I think they were trying to see who might lend the voice and sing through the hearts and minds and souls of these women in Costa Rica, to tell their story and articulate something that might be a little challenging to articulate.

"I was flattered that they saw me as the kind of person that can really get inside another person's experience and capacity, and articulate it for them as best I could. It was an honour."