Singer Alanis Morissette Is Opening Up About Her Experiences With Addiction And Detailing Her Personal Struggles In A New Self-help Book. 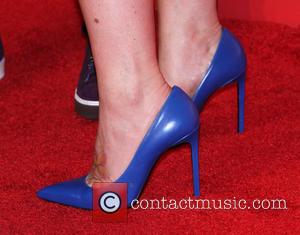 The Ironic hitmaker is hoping to change the lives of her fans with an as-yet-untitled memoir due out later this year (15).

She tells Billboard, "I'm writing a book right now on everything. I'm using my own personal autobiographical stories to illustrate different wisdoms and insights, so it's part service, helping people through addiction, recovery, fame commentary, money commentary, body commentary, sex commentary. I'm just the philosopher and geeky academic... I won't talk about something I haven't experienced."

Morissette adds she will be open about her dependency on a number of vices, stating, "Work addiction and love addiction - and food addiction, frankly, was a long-standing (problem) for me. And the recovery is what I'll be focusing on."

The singer has also teamed up with composer Tom Kitt, who helped Green Day create the award-winning Broadway show American Idiot, to recreate her breakthrough album Jagged Little Pill as a stage musical.

She adds, "We're just in the beginning phases of it so I can barely share anything about it because we haven't created it yet, but the story is going to be fictionalised and then at some point down the next 10 years I can envision myself creating a one-person show where I can really get into the subtleties and the stories, but for this particular musical it will be a fictionalised story and we'll add songs and change lyrics."