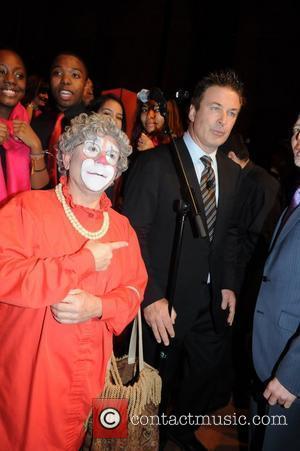 Actor Alec Baldwin has given up his plans to run for the post of New York Mayor in 2013 after losing his "appetite" for the role.
The actor revealed earlier this year (11) that he was considering swapping acting for politics and wanted to run in the 2013 election as a Democrat in a bid to succeed current mayor Michael Bloomberg.
But now Baldwin has decided against the idea, revealing on his weekly Wnyc radio podcast, "I've lost my appetite."
The actor is blaming other candidates for putting him off with their eagerness to land the position.
He adds, "They're like a guy on a date that you can tell he just can't wait to get his hand up your blouse before even the lights go out in the theatre. They're all just so horny for it."
Baldwin is also keen to keep his role on hit U.S. sitcom 30 Rock, because he no longer believes it would be worth quitting his career to attempt to make a change in society.
He adds, "Give this up (the show) for what? I give up money and fame and position and success; I give up this wonderful life I have now in exchange for the chance to 'really change things'?
"Yeah, I'm not quite sure you can anymore. I've got a good job. Am I doing To Kill a Mockingbird? No. I'm doing a sitcom. But we have fun, and it's a family."