Alec Baldwin: 'Academy Bosses Will Struggle To Find The Next Oscars Host' 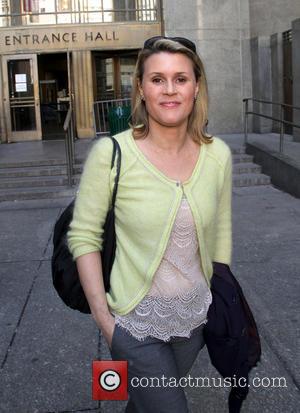 Former Oscars co-host Alec Baldwin fears producers of the Academy Awards are running out of celebrities to front the show - because it's a thankless task that pays "chicken feed".

The actor hosted with Steve Martin in 2009 and he insists he'll never do it again - a sentiment echoed by Seth MACFarlane, who was both loved and hated this year (13).

And Baldwin insists critics are so tough on hosts, there are few stars who would risk hitting the Oscars stage to drive the ceremony.

He tells The Hollywood Reporter, "Everyone who has done it lately has been crucified, so they're (Academy bosses) not going to get anybody who is reasonably talented or special to take that chance anymore.

"They don't pay you any money; the Oscars pay you, like, chicken feed. It's all about the honour of helping to extol film achievement... I'm dying to see who they get to do it next year. They're going to have to go dig somebody up from a cemetery."

But there is one living star he thinks would be a perfect fit for the Academy Awards: "Ellen DeGeneres. She would work. Everybody likes her, and she can be edgy without being too edgy."

Baldwin also thinks the show is too long, and should be trimmed.

He adds, "What the Oscars absolutely, unequivocally should be is a show with a little bit of entertainment and a very reverential overview of movies of that year, and that show would last about two hours... But the Oscars is also a television programme that raises 90 per cent of the Academy's budget for the year in a single night."