Alec Baldwin and Kevin Spacey to star in Boss Baby 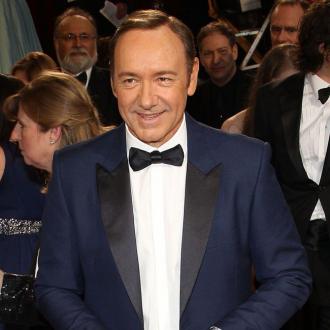 Alec Baldwin and Kevin Spacey will star in 'Boss Baby'.

The 'American Beauty' actor and Baldwin, 56, will lend their voices to the latest DreamWorks animation which will be helmed by 'Madagascar' co-director Tom McGrath.

The film - which is rumoured for US release in March 2016 - is based upon the children's picture book by Maria Frazzee and has been adapted for the screen by 'Austin Powers' co-writer Michael McCullers.

According to Empire, the story of sibling rivalry focusses on a seven-year-old boy who becomes increasingly jealous of his eloquent, briefcase-owning baby brother - set to be played by Baldwin.

Spacey takes on the role of an evil business owner, aiming to destroy the balance of love in the world until the brothers discover his plan and attempt to foil the plot.

Full cast details for the comedy-picture are yet to be released.

The movie will be co-produced by Ramsey Ann Naito and Denise Nolan Cascino.