Alec Baldwin's wife Hilaria has confessed he p***ed her off while she was giving birth to their son Rafael, on June 16. 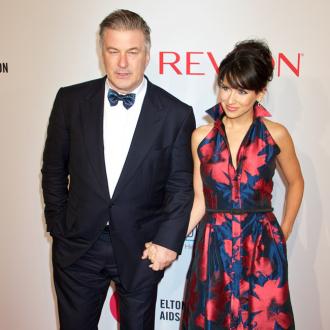 Alec Baldwin p***ed his wife off while she was in labour.

The former '30 Rock' star's spouse Hilaria gave birth to their second child, Rafael, on June 16, and she admits things between them were tense in the delivery room.

She said: ''Every husband p***es their wife off while they're in labour.''

Despite still adjusting to having two children, the yoga-instructor and entertainment correspondent, who also has daughter Carmen, 22 months, with the actor, hopes to have one more baby in the future.

Meanwhile, Alec, who also has 19-year-old daughter Ireland with ex-wife Kim Basinger, has already formed a close bond with his new son, but doesn't change his nappies.

Hilaria told US Weekly: ''Alec does other things, not change diapers.

She said: ''He's very different from Carmen. Before Carmen was born, I bought the cutest little girl clothes, but she hated being naked so much that I never wanted her to wear any of it! Rafael is very calm. I can change him as many times as I want. He's a little poser - he puts his hands behind his head and stretches out. Carmen has a fiery personality and this little guy is like, 'I'll do whatever you want me to do, Mom!'''