The 56 year-old actor was taken away in handcuffs for disorderly conduct after the NYPD stopped him for biking against traffic. 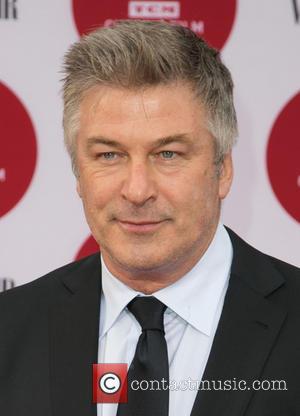 Alec Baldwin was arrested in New York City on Tuesday (May 13th) for cycling on the wrong side of traffic.

The outspoken actor was pulled over by the NYPD at the corner of 16th Street and Fifth Avenue at 10:15 a.m., but he was not at all happy about it.

In Touch were first to report the incident due to an insider confirming to the magazine, "[Baldwin] was riding his bike the wrong way and didn't have ID on him."

However, the 56 year-old actor wasn't arrested for biking against the traffic, he was put in handcuffs due to being "belligerent" towards the police officers.

"He was stopped by officers for riding the wrong way on a street. When the officers asked for ID, he got belligerent because he had none on him," the source added. "The officers placed him under arrest for disorderly conduct."

The notoriously short-fused celebrity let his frustration get the better of him when dealing with the cops.

"How old are these officers," Baldwin allegedly said when he was taken to the station, according to NY Daily News. "They don't even know who I am."

It seems the '30 Rock' actor has since been released as he took to Twitter to speak out against the incident.

"Officer Moreno, badge number 23388, arrested me and handcuffed me for going the wrong way on Fifth Ave," he tweeted, later adding, "Meanwhile, photographers outside my home ONCE AGAIN terrified my daughter and nearly hit her with a camera. The police did nothing."

In his last post, Baldwin directly attacks the city itself by writing: "New York City is a mismanaged carnival of stupidity that is desperate for revenue and anxious to criminalize behavior once thought benign."

This arrest comes three months after the Greenwich Village resident blasted the Big Apple in a ruthless essay published in New York Magazine, in which he announced he was leaving public life for good. Baldwin was arrested for disorderly conduct