Alec Baldwin excited to have a son

Alec Baldwin was ''so excited'' to have a son and carried a football around ''for an hour'' when he discovered wife Hilaria was carrying a boy. 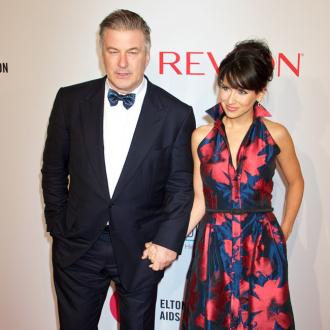 Alec Baldwin was ''so excited'' to have a son.

The '30 Rock' actor - who already has daughters Ireland, 19, with ex-wife Kim Basinger, and Carmen, 20 months, with spouse Hilaria - is a doting father to his kids but was especially overjoyed when he learned he and his wife were expecting a boy.

Hilaria - who gave birth to their son Rafael two weeks ago - said: ''Alec is so excited to be a dad to a son. When I found out I was pregnant with a boy, he walked around carrying a football for an hour afterwards. He can't even believe it.

''He has such a strong bond to Carmen. Alec is a fun dad - it's harder for me to get him out of the pool for dinner than Carmen.''

And the couple ensured Carmen was well-prepared for the arrival of her baby brother.

Hilaria, 31, explained to DailyMail.com: ''Before the baby was born, I bought Carmen some dolls and we named them Rafael. We dressed them and changed their diapers. Carmen would kiss my stomach and say 'Rafa! Rafa!'

''Carmen is the best big sister. She wants to kiss him, hold him, play with him and sing to him.

''She was so excited the first time she saw him. She had been hearing about Rafael forever and now there he was. The second day she came to the hospital to visit us, she ran in screaming 'Rafa! Hermano! Rafa! Hermano!' ''

And the yoga instructor and her 57-year-old spouse are already seeing differences between their two children.

She explained: ''He's very different from Carmen. Before Carmen was born, I bought the cutest little girl clothes, but she hated being naked so much that I never wanted her to wear any of it! Rafael is very calm. I can change him as many times as I want. He's a little poser - he puts his hands behind his head and stretches out. Carmen has a fiery personality and this little guy is like, 'I'll do whatever you want me to do, Mom!' ''