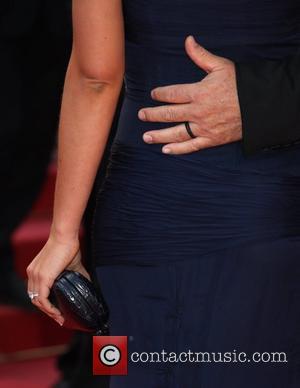 Actor Alec Baldwin is developing a new Broadway musical, in which he plans to star as a wannabe song and dance man.
In a new interview with Men's Journal magazine, the 30 Rock star reveals he's prepared to take extensive singing and dancing lessons to perfect his role as a miserable Ohio man who auditions for a community musical in a desperate attempt to save his marriage.
He fails to land a role in the production, but his wife succeeds and starts work on the show.
He tells interviewer Mark Binelli the musical ends with Baldwin and his stage wife, who started the show as an inept double act, wowing the audience with their song and dance talents.
The actor, who shows off his singing talents in new movie musical Rock of Ages, reveals he is in talks with Broadway director Scott Ellis and hopes to stage the production in the near future.