Alec Baldwin Is Returning To Broadway

Alec Baldwin is returning to Broadway in a new production of 1983 play 'Orphans', in which he will star as a wealthy gentleman who becomes a father figure to two orphaned brothers after one of the siblings kidnap him. 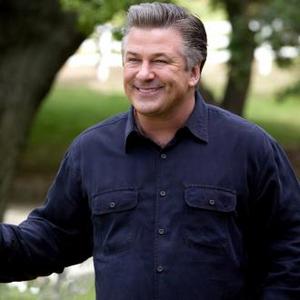 Alec Baldwin is returning to Broadway in a new production of 'Orphans'.

The '30 Rock' star will star as Harold - a wealthy but shady gentleman, who becomes a father figure to two orphaned brothers after one of the siblings kidnaps him - in the latest version of the Lyle Kessler's 1983 play, which will be directed by Daniel Sullivan.

Alec said in a statement: ''I have dreamed, for a long time, of doing this play with this director. It's an honour to work with Dan Sullivan in Lyle Kessler's 'Orphans'.''

The production - which had an off-Broadway run in at the Westside Arts Theater in Manhattan in 1985 and was later turned into a movie starring Albert Finney and Matthew Modine in 1987 - will begin next spring at the Shubert Theater in New York City.

Alec, 54, last appeared on Broadway in 2004 when he starred in a revival of comedy play 'Twentieth Century' alongside Anne Hench and he previously starred in off-Broadway production 'Entertaining Mr. Sloane' by Joe Orton in 2006.

News of the role comes after Alec was involved in off-stage drama earlier this month when he was accused of assaulting a photographer - who later filed a complaint against him.