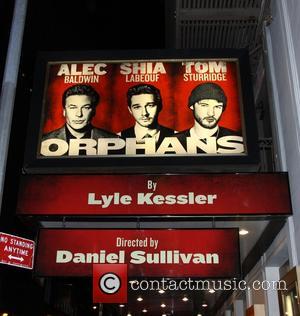 Actor Alec Baldwin had voiced his disappointment at his would be Broadway co-star Shia LaBeouf after the Transformers actor posted private emails between the two online via his Twitter account.

LaBeouf decided that he would no longer be taking part in the upcoming Broadway play Orphans earlier this week and sent a email to Baldwin, director Daniel Sullivan and playwright Lyle Kessler outlining his split-second decision to leave the production. Perhaps against his better judgement, LaBeouf then posted the whole exchange on to his Twitter feed last Wednesday (Feb 20) as he attempted to make the same apologetic appeal to the fans he may have disappointed by dropping out of the project.

In his email Shia mentions his "part of a dis-agreeable (sic) situation," to which Sulivan responds "You're one hell of a great actor. Alec is who he is. you are who you are. you two are incompatible. i should have known it. this one will haunt me. you tried to warn me. you said you were a different breed. i didn't get it."

The whole email exchange is very civil and forgiving, and Alec and Shia lend themselves a few pats on the back, but in making the exchange public Shia has gotten himself right back into the bad books with Sullivan and Kessler, and especially Baldwin. The 30 Rock actor spoke to the New York Times about the whole situation, telling the paper how he and the rest of those involved in the project are "very disappointed" in LaBeouf for going public with the emails, adding, "You expect communications to be private, because everyone wants this process to be as collegial as possible. Everyone is very sad about what's happened." Meanwhile, the show must go on and in the case of Orphans that is exactly what will happen. The upcoming revival of Lyle Kessler's original 1983 play will now see Ben Foster to replace LaBeouf as the emotionally unstable character Treat and will continue to run as scheduled, with the first previews of the show taking place at the Schoenfeld Theatre in New York on March 19 2013. Tom Sturridge will remain in the role of Philip, the younger brother, and Baldwin will continue as Harold, the rich businessman. The production will officially launch on April 7.