Alec Baldwin's stalker Genevieve Sabourin allegedly dreamed of giving birth to his baby and wrote him letters to tell him when she was ovulating, according to prosecutors in her Manhattan-based trial. 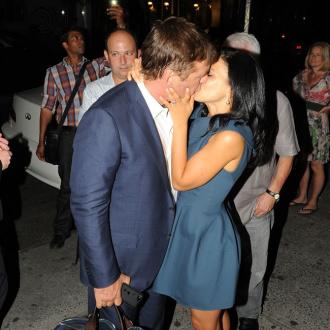 Canadian actress Genevieve Sabourin, 40, who is accused of harassing the actor and was arrested outside his home in New York City in April, wrote him more than 100 emails in a bid to convince him to get her pregnant, and even told him when she would be ovulating, according to prosecutors in her Manhattan-based trial.

Prosecutor Zachary Stendig read a few of her letters in open court on Thursday (07.11.13), according to gossip website RadarOnline.com, including a passage written by Sabourin that read: ''I will be in prime of my ovulation this St. Patrick's Day and the best gift from you of all would be to conceive a mini Baldwin on this Ireland National Day ... accept my proposal and I'll take you straight to heaven. There is many things I will do to you now in order to give you all kinds of delightful pleasure.

''French are the best lovers in the world and I master my art.''

The actress's lawyer Todd Spodek argued that her actions were the result of her desire to seek closure after her brief ''sexual relationship'' with the former '30 Rock' star ''crumbled'' in 2010.

He said: ''No contact and no decency. A complete disregard for Miss Sabourin and her emotions. Miss Sabourin was just looking for closure from a difficult relationship.''

Alec and his wife, Hilaria Thomas, who welcomed their first child, Carmen, together in August, will testify when the trail resumes next week.