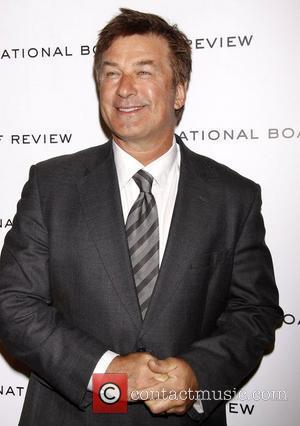 Actor Alec Baldwin had the gossips spinning at the National Board of Review Awards gala in New York on Tuesday night (10Jan12) by sporting a new ring on his wedding finger and revealing "it's my secret" when asked about the jewellery.
The coy star wasn't hiding the new band on the red carpet and when friend and TV presenter A.J. Calloway asked him what the ring signified, Baldwin giggled, "It's my secret," before walking off.
The 30 Rock star didn't attend the event with yoga teacher girlfriend Hilaria Thomas, and later told producers for news show Extra not to run with stories suggesting the couple had secretly married.
Insiders are just as baffled by the mystery ring, insisting Baldwin and his lady have not got engaged.