Alec Baldwin To Marry At The Tend Of The Month

Alec Baldwin is set to marry fiancee Hilaria Thomas in a Catholic ceremony in New York on June 30. 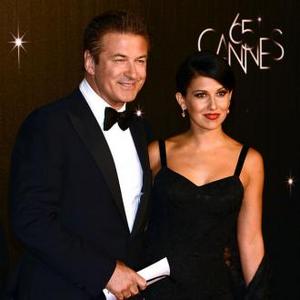 Alec Baldwin is set to marry fiancee Hilaria Thomas at The The of the month.

The '30 Rock' actor will tie the knot with the Spanish-born yoga instructor at New York's Basilica of St. Patrick's Old Cathedral in a Catholic ceremony on June 30.

A source told the New York Post newspaper: ''This wasn't a quick decision. It took a lot of planning.''

The church is where Francis Ford Coppola filmed the famous baptism scene in 'The Godfather', in which Al Pacino's renunciation of Satan was intercut with the massacre of the Corleone family's enemies.

Martin Scorsese also used the church's walled graveyard for a scene in 'Mean Streets' as well as a location in 'Gangs of New York'.

Last month, it was claimed Alec, 54, and 28-year-old Hilaria - who have been dating for almost a year - would elope following the Cannes Film Festival.

A source said: ''They've been telling people they'll be spending time in Europe, and there's speculation they're going to get married.''

Alec - who has a 16-year-old daughter Ireland with ex-wife Kim Basinger - recently revealed he was considering having children with Hilaria.