Alec Baldwin: To succeed you have to prioritise yourself

Alec Baldwin says there are ''doors you have to slam in people's faces'' to succeed and prioritise your own needs. 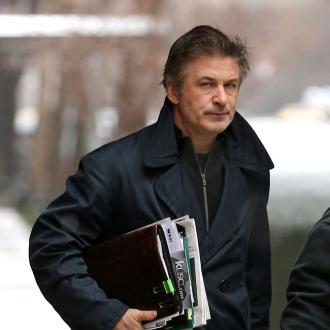 Alec Baldwin says there are ''doors you have to slam in people's faces'' to succeed.

The '30 Rock' star insists a large percentage of his income was being siphoned off to members of his family and this forced him to take on unsuccessful projects however, had he had the strength to prioritise his own needs and wants he would not have been in this position.

He told the guardian newspaper's weekend magazine: ''People don't understand this; if you want to have a really good shot at succeeding there are doors you have to slam in people's faces, and say, 'This is my priority and you can't depend on me to help you.' I was never good at that.''

Alec acknowledges that it seems ''nauseatingly self-serving'' that he puts his failed films down to being the ''good guy'' but insists he needed to make money so took on parts he may not have otherwise considered.

He added: ''By the way, I know this sounds nauseatingly self-serving, like what a good guy I am, trying to imply that I tanked my film career so I could be of service to others.''