Alec Baldwin would love to have children with his 27-year-old girlfriend Hilaria Thomas. 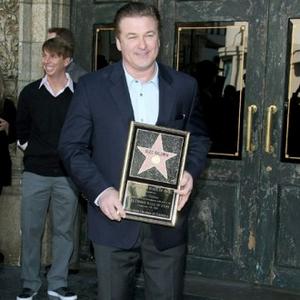 The 53-year-old actor - who has 16-year-old daughter Ireland with ex-wife Kim Basinger - admits he has considered the "fantastic" possibility of starting a family with his 27-year-old girlfriend, yoga instructor named Hilaria Thomas.

He jokingly added: "As my friend said to me, 'When you have children, typically in a second marriage, when you're older and you get married again to a woman who would have children, you must always remember that you make sure the children attend a college where the commencement ceremonies are held in a facility with a wheelchair accessible ramp,' "

The '30 Rock' star was resigned to leading an "unhappy" life alone before he met Hilaria, who he has been dating since last March.

He told TV talk show host Piers Morgan: "It is true what people always say, and it's tough to make your way to that place, I guess, where you stop looking.

"I was married and I was with somebody for 10 years and then after I got divorced, I dated people and I had one girlfriend for several years... and right before I met Hilaria.

"I did lay in my bed and say, 'This is it. I'm gonna be alone for the rest of my life, I'm gonna die alone in this apartment in this bed, I'll have my friends, I'll have twitter, I'll have Words with Friends, I'll have my New Yorker subscription... I'll have my quiet, unhappy life', and then right when I put it all on the shelf, and it was over I walked into a restaurant and I met this woman who is probably one of the greatest people I've ever met in my life."