Alec Baldwin And His Wife Hilaria Have Welcomed Their Second Child. 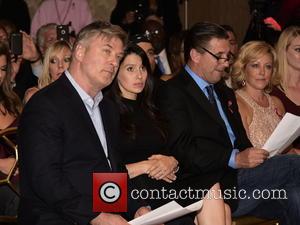 The former 30 Rock star and the yoga instructor announced their son's arrival via their social media accounts on Wednesday (17Jun15) by sharing a picture of a baby's hand clutching a finger.

Baldwin writes on Twitter.com, "We are happy to announce the birth of Rafael Thomas Baldwin."

The couple married in 2012 and welcomed their daughter Carmen in 2013.

Alec also has a 19-year-old daughter, Ireland, with his ex-wife, actress Kim Basinger.