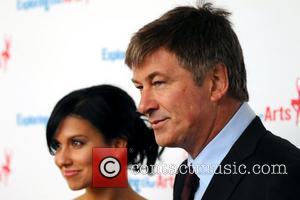 Alec Baldwin has revealed that he bailed out of his appearance on Sunday night's Emmy Awards telecast after Fox TV, which televised the ceremony, refused to air a pretaped joke he made about the British phone-hacking scandal. Fox's parent, News Corp, which owned the News of the World tabloid, which engaged in the hacking (it was since been shut down), also owns Fox TV. Baldwin confirmed his decision to boycott the awards telecast, which was first reported by Deadline.com. In a statement posted on Twitter, he said (in Twitterese) "Fox did kill my News Corp hacking joke. Which sucks bc I think it would have made them look better. A little. I understand News Corp killing that joke. If I were enmeshed in a scandal where I hacked phones of families of innocent crime victims purely 4 profit, I'd want that 2 go away, 2." Fox later acknowledged that it had spiked the joke because it didn't want to be seen as taking the scandal lightly. In fact, the joke itself seemed rather tame. According to The New York Times , Baldwin was portraying the "president of television" while on the phone talking to a colleague. At one point he remarks, "Rupert, is that you? I hear you breathing, Rupert!" Leonard Nimoy replaced Baldwin on Sunday night's telecast.