Ireland: My dad isn't a homophobe

Ireland Baldwin has defended her father Alec after he reportedly made a homophobic slur against a photographer. 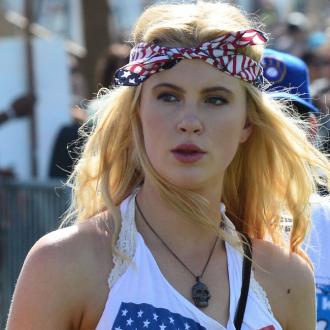 Alec Baldwin's daughter Ireland has defended her father saying he's ''not a homophobe''.

The 18-year-old has spoken out after claims the former '30 Rock' actor made a homophobic slur against a photographer, which resulted in his talk night American show 'Up Late' being pulled off air for two weeks.

Ireland took to Twitter to support her father and wrote: ''It takes a lot of strength for someone to release their anger.

''It takes a lot of strength and SUPPORT for someone to grow and become a better person.

She added: ''For someone who has battled with anger management issues, my dad has grown tremendously. My dad is not a homophobe or a racist.''

In a statement, the 55-year-old star apologised for his choice of words, after reportedly calling the paparazzi photographer a ''f**'' hours after winning a court case against his stalker.

Ireland said although she doesn't support what her father said she respects the fact he was trying to protect his family.

She added: ''My point being, what my dad said was WRONG. What my dad felt WASN'T.''

In 2007, a voicemail from Alec to his daughter, in which he called her a ''rude, thoughtless, little pig'', was released to the public and she has since forgiven him for the comment.