Oscar-winning-actress Kim Basinger has signed a modelling deal with IMG at 60 after giving up on the job in 1976. 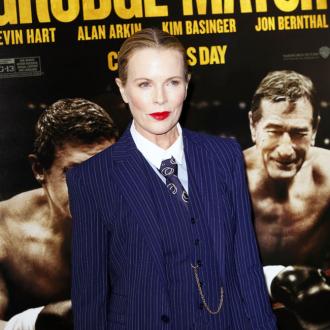 Alec Baldwin's ex-wife has been snapped up by IMG Models and joins their 18-year-old daughter, Ireland Baldwin, on the established agency's books.

Van Bart, managing director of IMG, told Variety.com: ''We are proud to be working with a distinguished and talented actress such as Kim Basinger.

''Kim has a powerful appeal on screen that will lend itself as a strong asset for us to seek innovative partnerships across the modelling and entertainment platform for Kim.''

The Oscar winner was first spotted in 1969 by Ford Models co-founder Eileen Ford when she was 16 while taking part in a local beauty pageant in her hometown of Athens in Georgia.

Kim initially declined the offer and instead enrolled at the University of Georgia, only to reconsider months later, leave university and move to New York to begin working in the fashion industry.

She stopped modelling in 1976 when she felt the pressure of it begin to ''choke her'' and decided to focus her efforts on her acting career.

The blonde beauty previously said of the job: ''It was very hard to go from one booking to another and always have to deal with the way I looked. I couldn't stand it. I felt myself choking.''