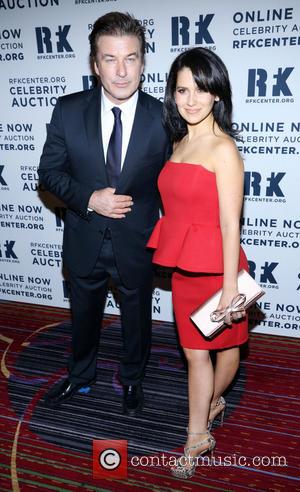 Alec Baldwin has found himself on the receiving end of a Hate Crime investigation in New York, after allegedly hurling racist abuse at a paparazzi photographer working for the New York Post. According to a report from the publication, Baldwin made a number of offensive remarks to the photographer, GN Miller and the accompanying reporter Tara Palmeri. Baldwin reportedly referred to Miller as a “coon,” a “crackhead” and a “drug dealer.”

The NYPD’s Hate Crime Task Force have now been called onto the case to investigate the incident, about the alleged race-hate crime, which happened outside of Baldwin’s East Village apartment that he shares with his pregnant wife Hilaria. According to the report, Baldwin’s offensive language wasn’t simply confined to that of a racist nature. He told Palmeri “I want to choke you to death” and told Miller “suck my d**k.” The comments were captured on Palmeri’s Dictaphone. Baldwin also filed his own complaint with the police, claiming that Miller had pushed him during the incident. Sources told the New York Post that the charges are being taken very seriously and that Baldwin could face charges if investigators find enough evidence.

Baldwin commented on the incident on his Twitter page, the New Post report, but say that the tweets have since been deleted. It apparently read “Moments after I tweet about the Post, Ralston, the ex-crackhead ‘photographer’ shows up at my door w 1 of Murdoch’s nieces in tow.” Another read “Ralston claims he’s ex NYPD!! That can’t be!!! Ex NYPD don’t become crackhead, ex jailhouse paparazzi!” It is currently unclear why Baldwin referred to him as Ralston.