'Up Late With Alec Baldwin' debuts and the new host promises it will be "more personal than promotional". 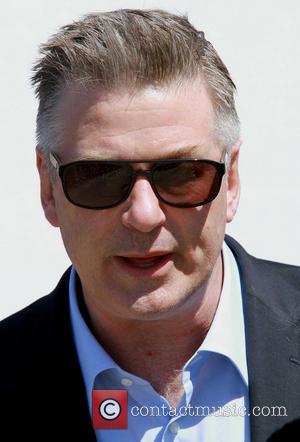 'Up Late with Alec Baldwin' premiered on MSNBC on Friday (Oct 11th) at 10 pm ET.

Alec Baldwin kicked-off his first show with a much more serious demeanour than most people are probably used to, with his first guest being democratic NYC mayoral candidate Bill de Blasio.

The 55 year-old has established himself as a top comedic actor on the hit comedy show '30 Rock', but in this 45 minute interview the host showed his diverse knowledge of current political issues associated with New York City.

This probably wasn't a good watch for anyone living outside of the Big Apple, but it demonstrated Baldwin's range as a television host.

Alec started his opening monologue with, "I was an early supporter of de Blasio's," and then engaged with the guest about issues such as income equality, unemployment and asked de Blasio how he dealt with New York Governor, Andrew Cuomo.

At one point Baldwin tried to unsettle the candidate on his stance for supporting the legalising marijuana and also discussed New York's 'stop-and-frisk' policy.

However the host did compliment the democrat for supporting after school programs, as Baldwin said give kids "some place to go, outside of television - oops, I shouldn't have said that."

Besides from political issues, Baldwin tenderly asked about de Blasio's personal life, where he revealed his family was fractured due to his father's alcoholism and his own desire to find a more stable environment, he explained;

"I think it sort of calls out for a lot of us the need to learn and somehow get it right and figure out the antidote, I wanted that desperately and I was not sure, bluntly, it was doable. ... You start to worry is it something in you too? Maybe it's me."

The Emmy Award winner demonstrated his serious and well informed manner on current political affairs, as well as segueing into compassionate and personal role. Baldwin finished the show by informing the audience and viewers they can expect a "more personal than promotional" talk-show.

'Up Late With Alec Baldwin' airs on Friday's at 10pm ET on MSNBC.