Alesha Dixon will release her new album 'Do It For Love' in October, which will be her first record in five years. 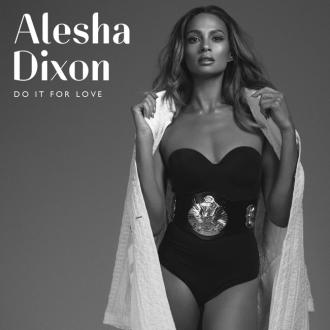 Alesha Dixon will release her new album in October.

The 36-year-old singer has announced the release of her new solo LP, 'Do It For Love' - her fourth studio record - which she has teased will show people the ''heart and soul'' of who she is.

She said: ''This record is uplifting, fun and honest. 'Do It For Love' is the heart and soul of who I am and what I believe in. It's a personal triumph and a moment I have waited a long time for.''

The album will be released on October 9 and will be her first record in five years, following 2010's 'The Entertainer' which featured singles 'Drummer Boy' and 'Take Control'.

The former Miss-Teeq star has taken creative control on the collection including co-writing several of the songs along with Alex James, Harry Sommerdahl and Da Beat Freakz, with the LP also featuring a collaboration with rapper 'Wretch 32' titled 'Stop'.

The 'Britain's Got Talent' judge - who has 22-month-old daughter Azura Sienna - has already released the first single from the album, garage-style tune 'The Way We Are'.