British Pop Star Alesha Dixon Has Played Down A Report Suggesting She Was Once Hit On By Prince Harry In A Bar. 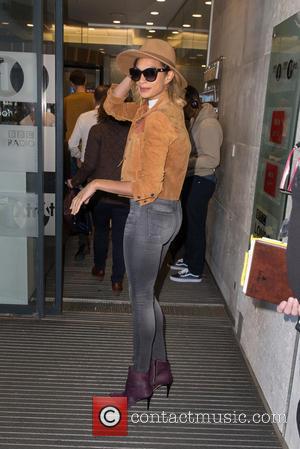 Picture: Alesha Dixon - Alesha Dixon pictured arriving at the BBC to perform on the One Show at BBC Portland Place - London, United Kingdom -...

The unlikely pair was linked last month (Sep15) after editors of a U.K. newspaper alleged Dixon boasted she was targeted by the prince during a night out.

The rumoured incident happened shortly after she had performed for Queen Elizabeth II with her band Mis-Teeq at a jubilee celebration in 2002.

However, Alesha has now spoken out to clear up the gossip, insisting she was wrongly quoted in the original report.

In an appearance on U.K. TV show Alan Carr: Chatty Man, Alesha was asked about the rumour and replied, "I saw Prince Harry in a club, years ago. He was really lovely and we had a chat.

"I was in Mis-Teeq at the time and we performed at the Queen's Jubilee so I've met his grandma and we were chatting about the Jubilee and I said if you do another one put a word in for us - always working. It was that simple.

"I told that story and they said that (he hit on me)! There is no way on this earth Prince Harry is going to chat me up, let's be honest. I'm probably old enough to be his aunt!"

Despite their age difference of five years, Alesha admits she does fancy the British royal and is impressed with his new beard, which he unveiled last month (Sep15).

"I think he is gorgeous, and he is rocking the beard very nicely," she says. "I like the beard - I do. He is a lovely guy. He is so down to earth. Down to earth as he possibly can be."