Alesha Dixon thinks Simon Cowell will make a great dad and is about to be completely transformed by the arrival of his baby son. 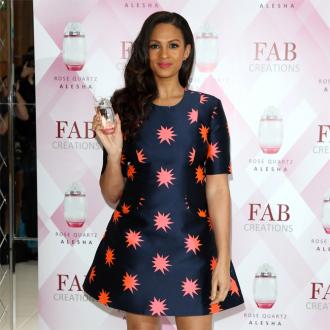 The 35-year-old star is confident her fellow 'Britain's Got Talent' judge will become a kinder and more considerate man when he welcomes his first child into the world with his girlfriend Lauren Silverman later this year.

Speaking at the launch of her first fragrance Rose Quartz at London's St Martin's Lane Hotel on Wednesday (08.01.14), Alesha told BANG Showbiz: ''I think it will change him. Simon's a great guy, I think this will make him an even nicer person. Having children does change you, it makes you become a better person because you want to set an example. I think he'll be a great dad.''

'The Boy Does Nothing' singer joked the other 'BGT' panellists - who also include David Walliams and Amanda Holden - were going to make Simon's life difficult when the show returns this Spring and plan to tease him mercilessly about becoming a dad.

Alesha joked: ''When the four of us get back together it's like we're kids again. We become small children again. Obviously they'll be a lot of teasing going on with Simon becoming a dad and having a baby.''

The striking star welcomed her own baby, Azura Sienna, with her partner Azuka Ononye last October, and is hoping Amanda Holden's seven-year-old daughter Lexi can help out with babysitting duties during the new series of the ITV talent show.

She laughed: ''I'm looking forward to all of us bringing our children along. We can maybe set up a 'BGT' daycare. Amanda's daughter is probably old enough to look after the younger ones!''

The former Mis-Teeq beauty is happy to share her parenting tips with Simon and will be lending a helping hand when his son arrives.

She mused: ''I think I'm going to tell him, just enjoy the moment.''