Alesha Dixon welcomed her first child, daughter Azura Sienna, with her dancer boyfriend Azuka Ononye into the world last week and is ''over the moon'' with her baby girl. 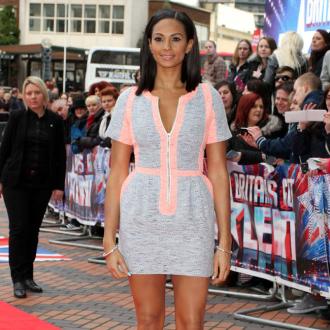 Alesha Dixon has given birth to a baby girl.

The 'Britain's Got Talent' judge welcomed her first child Azura Sienna into the world with her dancer boyfriend Azuka Ononye - who she met in 2006 when he was hired as her backing dancer - last week and is ''over the moon'' with her daughter.

Writing on Twitter, she said: ''My baby girl Azura Sienna was born last week!!! I'm elated and over the moon (sic)''

The 35-year-old singer announced her pregnancy just four months ago, but has assured her fans the tiny tot wasn't premature as she was already six months pregnant when she initially shared the news.

She explained: ''It seems quick because I was hiding it for so long!!! I was in my 6 month of pregnancy at the Britain's Got Talent final (sic)''

Alesha was previously married to So Solid Crew member MC Harvey, real name Michael Harvey Jr, who she married in 2005 but their marriage ended in 2006 when it was revealed he cheated on her with singer JAVINE HYLTON.

The brunette beauty's career has gone from strength to strength since she appeared as a contestant on BBC ballroom dance show 'Strictly Come Dancing' in 2007 when she won the series before joining the judging panel two years later as a replacement Arlene Phillips.