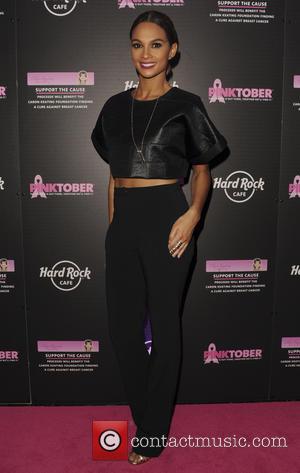 The talent show judge will guest star on the animated pre-school series as Winnie, a tiger who has lost her puff so she cannot make her favourite balloons.

Alesha agreed to the part because her two-year-old daughter Azura loves the program, saying, "Doc MCStuffins is such a powerful role model for young girls that I jumped at the chance to voice a character. It's also one of my daughter's favourite shows!

"I love that the catchy songs and warm characters from the series are able to teach young children about the importance of self-care, good health and caring for others in such an adorable way. I had a lot of fun in the studio voicing the character and I can't wait for my little girl to see me on it next year!"

Alesha follows in the footsteps of Geena Davis and Downton Abbey stars Joanne Froggatt and Lesley Nicol, who have voiced guest characters in the show, plus America's First Lady Michelle Obama, who played herself.

Alesha's episode of Doc MCStuffins airs on Disney Junior in 2016.