Alesha Dixon has revealed she still believes in love and marriage despite getting divorced from rapper MC Harvey in 2006 after she discovered he'd been having an affair. 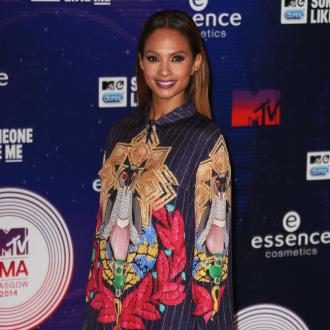 The 'Britain's Got Talent' judge split from her rapper husband MC Harvey in 2006 after discovering he'd been having an affair with fellow singer JAVINE HYLTON but she insists she's over the heartbreak and would definitely consider tying the knot with boyfriend Azuka Ononye, with whom she has 22-month-old daughter Azura.

She said: ''Just because one marriage hasn't worked out, doesn't mean you write off the idea of it. I don't live in Bitter Town - the past is the past. That's done. It's like it was 100 years ago. I still believe in love and I still think that marriage is a positive thing, but I'm also not in a rush to run down the aisle. At the moment, I'm in a loving relationship with Azuka and he's certainly marriage material.''

The 36-year-old star also opened up about her relationship with her family and explained how even though she isn't in touch with her father, there are no hard feelings.

She added to The Times newspaper: ''Relationships should be easy. I accept that you have family members who you love but that you also don't get along with. I don't speak to my father, but I have a lot of respect from him and I do love him. There are so many people in that situation. You get to a point where you think, you know what, life is too short. I want the relationships in my life to be healthy and happy.''