Alesha Dixon to name next perfume after daughter?

Alesha Dixon has hinted she would like to name her next scent after her baby daughter, Azura Sienna. 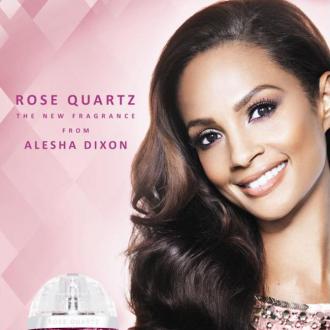 Alesha Dixon wants to name her next perfume after her daughter.

Speaking at the launch of her perfume at London's St Martin's Lane Hotel yesterday (08.01.14), she told BANG Showbiz: ''I think Azura would have made a really good name for a perfume. It sounds quite mystical doesn't it! Who knows, she might influence the next one.''

However, Alesha had already decided on the perfect name for her scent, which she has been developing since 2009, and insists she has taken the creation process seriously, unlike many other stars who simply put their name to a fragrance.

She explained: ''I could easily have said yes to the first thing, but what's the point, you want something that people are genuinely going to like. These things take time.

''We're doing the whole crystal collection and I'm taking my time. That's all I can do to make sure people see it's an authentic venture. As a girl, it's a real treat to be able to say I have a fragrance, it's special.''

Alesha was back at work this week for the first time since giving birth to Azura - who she has with her partner Azuka Ononye - in October and she has enjoyed focusing solely on motherhood for the last few months.

The 35-year-old singer said: ''Becoming a mum delayed the perfume. Originally I was going to bring it out at Christmas, but then thought it was best to wait until I'd had the baby so I could focus on the launch.''