Former 'Celebrity Big Brother' winner Alex Reid has been tempted to return to the house for the upcoming 'Ultimate Big Brother' series, because life is ''simpler'' in the house. 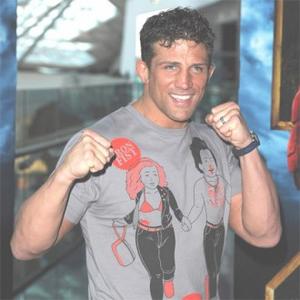 This year's 'Celebrity Big Brother' winner, who is married to glamour model Katie Price, admits he seriously considered accepting a place in the two-week reality show which starts next week.

He said: "In a way it would be nice to go back in and get a break from it all - life is much simpler in there."

In the new show, some of the most popular housemates from the past 11 series - including this year's winner - will re-enter the compound for a two-week TV special.

Cage fighter Alex was eventually forced to turn down the offer because he needs to spend six hours a day training for a fight with Tom 'Kong' Watson on September 25.

He told Star magazine: "I'd have had to ask producers to give me a few hours a day to train anyway, and I am not sure they would have been keen on the idea- not the most entertaining viewing, I suppose!"

Alex Reid would love his daughter to take up cage fighting

Alex Reid Was 'Screaming' Before Arrest

Alex Reid Back With Chantelle After Glamour Model Drama?