Long-time ‘Jeopardy!’ host Alex Trebek has taken to YouTube to post a message to fans informing them that he underwent brain surgery to remove blood clots over the Christmas break, and that he’ll be taking an extended rest from the show.

The 77 year old Canadian-American presenter, who has presented the syndicated game show ‘Jeopardy!’ since it was revived way back in 1984, took to YouTube in order to make the announcement.

“I had a slight medical problem - subdural hematoma - blood clots on the brain caused by a fall I endured about two months ago,” Trebek told his fans on Thursday (January 4th). He has spent two days in hospital recovering from the surgery, and has now returned home to continue his recuperation. His prognosis is said to be “excellent”.

Jeopardy's Alex Trebek has achieved the Guinness World Record for Most Game Show Episodes Hosted by the Same Presenter. 73-year-old Trebek has hosted Jeopardy for the past thirty years, presenting a total of 6795.

Alex Trebek broke a world record on an episode of Jeopardy! which aired on Friday. The 73-year-old was awarded with a certificate for Most Game Show Episodes Hosted by the Same Presenter in honour of his achievement. Trebek has been on the popular game show since 1984, hosting 6795 episodes to date. The show is currently in its 30th season and its 31st will begin in September. Trebek will of course be continuing as host, simply increasing his record. Incredibly for such a long running show, Trebek is Jeopardy!'s second host. The first was Art Flemming who hosted from 1964-1979 before the show was cancelled. Five years later it was Trebek who stepped in when the show was re-launched.

The 73 year-old has been named as the longest-running host of a game show, which he achieved on Friday (June 13th) when helming his 6,829th show of 'Jeopardy!'

Alex Trebek is now a record-breaker!

The veteran ‘Jeopardy!’ host has been named the longest-running host of a television game show by the Guinness World Records, ABC News reports.

The achievement was accomplished on Friday (June 13th) when helming his 6,829th show, to this date Trebek has reportedly asked 416,569 questions.

The contestant was finally defeated after an astounding 21 games.

Julia Collins has finally lost her Jeopardy! winning streak after 21 games and an incredible 20 wins. The 31 year-old gameshow contestant was finally defeated by rival Brian Loughnane, during an appearance on the pre-taped show that aired last night (2nd June).

The Chigaco-area resident was eventually stumped by a literature question in the final-question showdown but took home a total of $428,100 as a result of her extended win. Speaking to Huffington Post, Julia was upbeat about her Jeopardy! streak coming to an end, saying the game "just didn't go my way," and "I couldn't have loved being on the show more." Arthur Chu's run on 'Jeopardy!' has come to an end. The bold, brash Ohio quiz whiz polarized audiences during his time on the show and many harboured a desire to see Chu meet his match and lose. That eventually came in the form of Diana Peloquin, who finished with $15,700 to unseat the reigning champion and begin her own quest to eclipse legendary quiz king Ken Jennings, who won 74 times and amassed $2.5 million in 2004.

Jeopardy host Alex Trebek showed off his hip-hop side on Monday's episode as he rapped the clues for the 'It's a Rap' category.

Alex Trebek might be in his later years but the 73 year-old has shown he is still down with the kids.

On Monday's episode of 'Jeopardy' the longtime host spat some rap beats while reading questions in the category 'It's A Rap'.

For the first time in his 30 years hosting career, Trebek held it down hip-hop style as he repeated lyrics from Dr. Dre (Nuthin' But A G Thang) , Notorious B.I.G (Juicy)., Public Enemy (Time Bomb), and the Beastie Boys (No Sleep 'Til Brooklyn).

The Jeopardy! host has been hounded out on social media sites for 'cheating' a 12-year-old contestant out of $3k for a spelling mistake

Alex Trebek might be lining up a new career as a spelling bee judge after he harshly swindled a 12-year-old contestant out of further participation in a Jeopardy! final for misspelling the answer; 'Emancipation Proclamation.' 8th grader Thomas Hurley III, from Newtown, Connecticut, accidentally wrote 'emanciptation' in his correct answer, but Trebek called him out for the “badly misspelled” word, and thus Hurley was disqualified from the final. Trebek has faced an online backlash, but should he have?

Hurley was asked on the game show where contestants are given the answer to a question and must give the correct question; “Abraham Lincoln called this document, which took effect in 1863, ‘a fit and necessary war measure.’”

Facebook users are getting the pitchforks out, thanks to young Thomas Hurley's loss.

Don’t underestimate the power of quiz shows – at least for fostering angry crowds. When eighth-grader Thomas Hurley was disqualified from the show for a spelling error in his answer, the show’s Facebook fans went livid. If you’re not a regular viewer and are currently a bit confused as to what an eighth-grader was even doing on there, Thomas was participating in the quiz program’s 'Kid Week' and apparently doing a pretty good job too. But 'Kid Week' or not, Jeopardy wasn’t about to go lax on its strict rules and when Thomas answered one question with “Emanciptation Proclamaition” – almost managing to name the document with which Abraham Lincoln ended legalized slavery. Trebek was criticised for his harsh ruling.

But a misspelled answer was not good enough in the eyes of Jeopardy host Alex Trebec, and Thomas’ answer was discounted, dropping his earnings to $6000, far below the $66 000 of the winner. The Newtown eighth-grader’s mother also confirmed that he has been feeling quite low after the loss, having said, according to the New York Daily News: “He felt embarrassed. It was hard to watch.”

An eighth-grader who seemingly lost on an episode of Jeopardy! claims he was cheated out of the top prize. Thomas Hurley III from Connecticut bet $3,000 of his $9,600 in winnings on the 'Final Jeopardy' question about the Emancipation Proclamation signed by President Abraham Lincoln.

According to The News-Times of Danbury, Hurley correctly answered the question but spelled 'emancipation' as 'emanciptation'.

"I was pretty upset that I was cheated out of the final Jeopardy! question, "said Hurley, "It was just a spelling error." The middle school student won $2,000 as the runner-up.

Continue reading: Was Eighth-Grader Cheated Out Of 'Jeopardy!' Win By Alex Trebek? 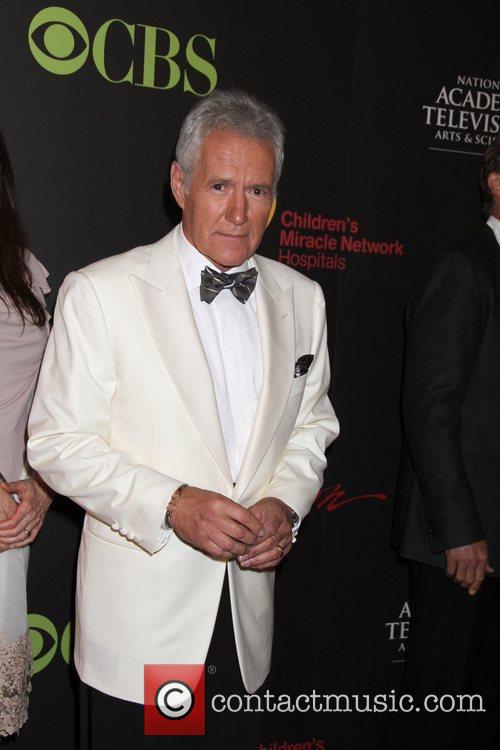 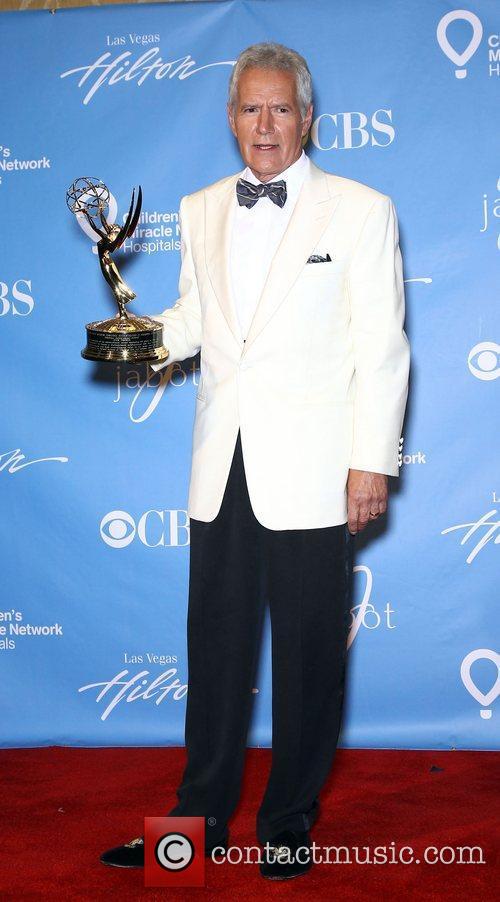 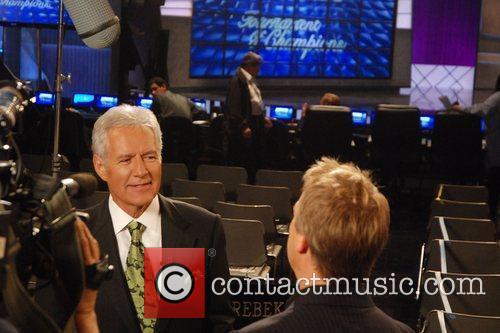 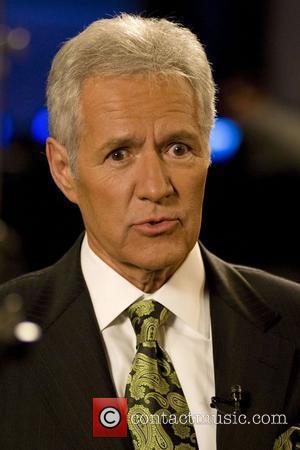 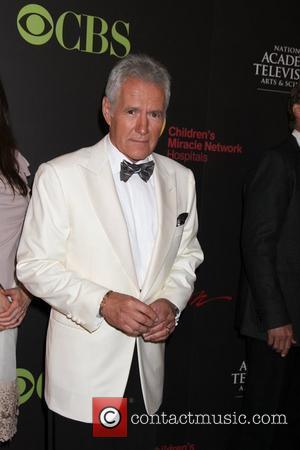