Model-and-presenter Alexa Chung says it's flattering to be called an 'It Girl', even though she initially used to hate it. 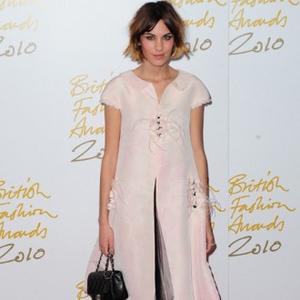 Alexa Chung says it's flattering to be called an 'It Girl'.

The model-and-presenter has made a name for herself as a style inspiration and while she initially disliked the label, she is now enjoying the compliments she gets.

The 27-year-old beauty said: "It made me uncomfortable at the beginning ... I always thought of 'It' girls as daughters of rich patriarchs who like to freeload.

"Now I think it's a very nice compliment but it applies to a moment in time. One day I'll be an old lady showing my children photos, going, 'Look, I used to matter.' I'm just enjoying the moment."

Although she is photographed whenever she goes out, Alexa refuses to look at pictures of herself, because it makes her "paranoid".

She said: "No human should have to think about themselves that much - it makes you vain and paranoid."

However, Alexa will have to get used to seeing herself more as it was recently revealed she is to get her own fashion reality TV show.

The brunette star will front the project - provisionally entitled '24-hour Catwalk' - and it will be aired later this year on Lifetime, the network of Heidi Klum's 'Project Runway'.

According to the New York Post, the show will see designers compete against each other in runway challenges and will also feature creative talents such as Cynthia Rowley.