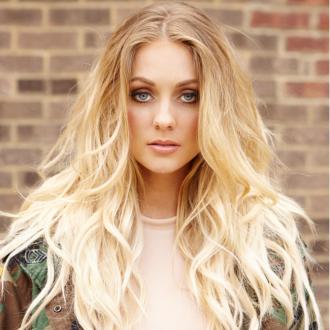 The 26-year-old singer - who is signed to Jay Z's record label Roc Nation - said after spending so long working on her record, she would have preferred to put all of the tracks she's made on it rather than trying to narrow down the list.

Speaking about her tracks, she exclusively told BANG Showbiz: ''There's so many, cutting songs is one of the hardest things, because obviously you write a load of songs, you record a load of songs, but then realistically on an album you put, maybe, 12 songs, on average? So, it's so difficult. If it was up to me I'd honestly put out like 35 songs on an album, but, that's just not how it works.''

However, the star - whose new single 'We Broke The Sky' is out on August 28 - continued to say she's pleased with the collection now she has whittled down the tracks and worked on it some more, having felt ready to release it last year.

Asked if the album is finished, she explained: ''If you had asked me about a year ago, I'd have said yes, that it was done. But I'm at a point now where because I have grown quite a lot as an artist and developed quite a lot, I'm really happy with where my album is at, but I feel like there's just a couple of finishing touches that I want to make. Like, there are a couple of things that are missing; that I know that once they're on there it will feel complete.''