'Downsizing' has been in production for several years.

The 74th Venice Film Festival kicked off on the Lido this week with the world premiere of Alexander Payne's new film Downsizing, which stars Matt Damon and Kristen Wiig as a couple who decides to go through miniaturisation, a process that shrinks humans down to about 5 inches tall to reduce resources and pollution. Alexander Payne on the red carpet

This was the Oscar-winning Payne's first visit to the festival. "Not only is it wonderful that Downsizing was asked to open Venice, but I've never been to the festival in my life," he laughed. "They've asked me in the past to be on the jury, but I wasn't able, and the timing has never worked out to have films there."

Payne has been working on this script for more than a decade. "My co-writer Jim Taylor and his brother had often mused about how much better our lives would be if we were able to shrink," Payne says. "Our houses could be much bigger, food would be cheaper and so forth. Years later, I came back and said, 'What if we put that in the context of being a solution to overpopulation and climate change?' And the story began to unfold."

Was he worried that the headlines might overtake the plot as they were putting the project together? "Not at all," Payne says. "We're not ripped-from-the-headlines or quickly responsive types, nor are we interested in being that. It just so happens that things that were in the air years ago when we started the screenplay are now in the air more than they were before! Environment is huge in the movie, and that issue isn't going anywhere. It's just going to get worse."

But Payne is also quick to point out that he didn't want the film to turn into a political satire. "I don't like to control the viewing of a viewer," he says. "It's a movie. But I guess like the previous movies I've directed, I don't know if you'd call it a funny drama or a dramatic comedy. I'm always looking to mine humour and I would be scared stiff of making a straight drama where there aren't any laughs. I think many films fall short of their potential by not having any humour."

More: Matt Damon announced for 'Downsizing' back in 2014

The premise of this film almost qualifies it as science-fiction, and Payne says he has his eye on some other genres. "Oh hell, yes," he laughs. "I want to make all sorts of different films. I'm dying to make period films and I also would very much like to make films in Europe and in South America." 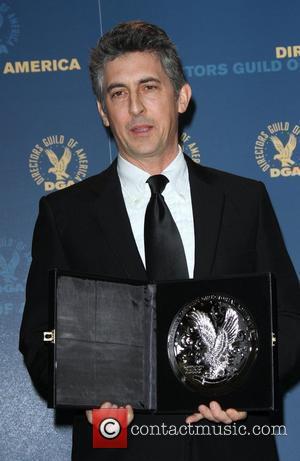