Swedish Actor Alexander Skarsgard Stunned Onlookers At The Premiere Of His New Film The Diary Of A Teenage Girl On Monday Night (03aug15) By Dressing Up In Drag. 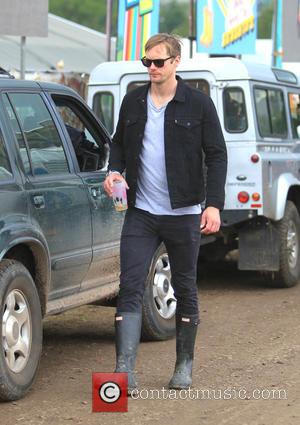 He towered above his co-star Bel Powley and director Marielle Keller, who also appeared to wear fancy dress outfits to the Castro Theatre screening.

Costume designer Amie Sarazan later shared a picture of the actor in drag and added in a post on Twitter.com, "Alexander Skarsgard in a gorgeous Farrah Fawcett inspired gown made by me!"

It is not known why Skarsgard, who previously portrayed a transvestite in Swedish film Kill Your Darlings, dressed in drag.